When celebrating the 1000st round table on 6th November 2008 the idea was born. On that day the club "Stammtisch der Herrn zu Ens" celebrated their 1000st gathering accordingly. As part of the celebration a festive lunch was enjoyed - welcoming special guest Franz Stephan Karlinger, mahor of Enns - on the top floor of the City Tower of Enns.

Since the watchmans' chamber was unoccupied at the time, the idea to turn it into a hotel room propered. The round table quickly detailed out the project, which could not reach agreement by the city's representatives right away. 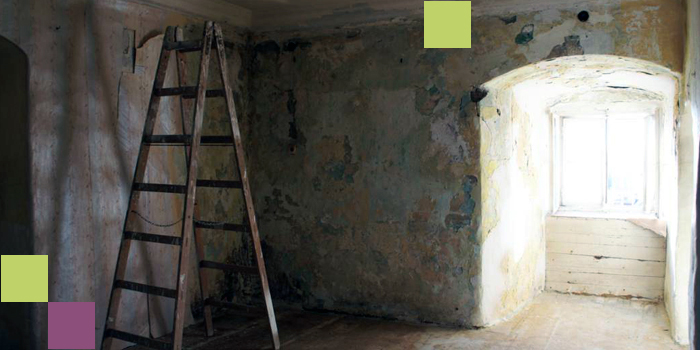 Until the 800th anniversary of the incorporation of Enns in 1212 a.d. the project was further detailed out an the City of Enns agreed to the planned building measures.
Adhering to stictest rules concerning the preservation of sites of historic interest the room gets restaurated. 23 layers of plaster and paint from four centuries are excavated and documented. In June 2012, the restaurators discover the presumably original rope passage of the clockwork winding up mechanims

The original planked floor is discovered under a number of younger floors. Piece by piece is catalogued and professionally restaured before getting re-layed.
Between stone conglomerate and smoked vault the haas_architektur from Enns realized a modern Pixel Hotel room with an astonishing rainforest shower in the old smoke kitchen (Rauchkuchl)

After 448 years our City Tower receives a hotel room. 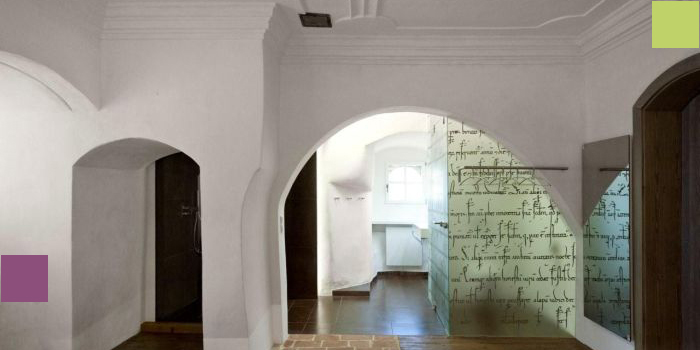 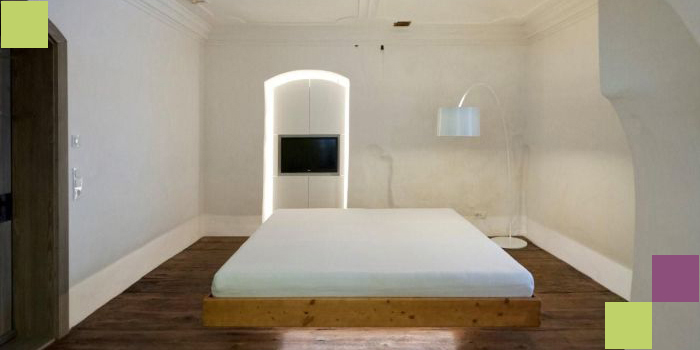